Try to get details stamped by an Engineer in Barrie Ontario– Call 15 and you might be lucky to actually speak to one. The only way to make a project happen is to find an Engineer in the outskirts that has not been subjected the local building department. 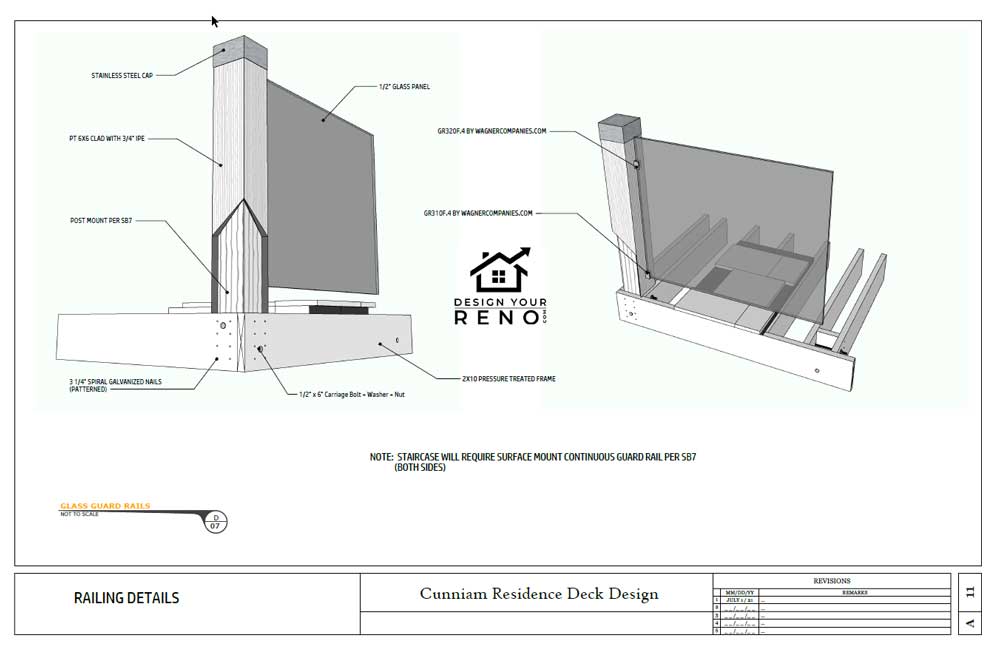 We’ve been working with the Barrie Building Department for decades and there are some really great people there that are truly a pleasure to work with. The inspectors are a breath of fresh air– exchanging information with us freely.

This isn’t meant to be axe grinding, it really is our way of bringing attention to the issue. We witnessed this first hand, and, in our humble opinion this needs to be fixed.

I have spoken to a couple of building inspectors and off the record they confirmed that there are major issues, but they wouldn’t elaborate further and would not name names.

It is likely that Barrie has a hard time keeping staff due to this issue.

Here’s how it works.

BCIN (Building Code Identification Number), was instituted for a couple of reasons. Building departments were being sued for accepting/approving details that later were found to cause injuries and failures. It was also taking too long to determine whether the details were inferior or not.

They came up with a scheme to standardize construction details, (that we find lacking), to expedite the approval process. The legistlation also set out time constraints for approvals if you abide by the process. They have since come up with ways to delay that process and rather than a week or so, we see delays of upto a year in some areas.

They also wanted to offset liability upon the designer– so, they came up with a training program to teach these dumbed down details and allow these designers to purchase their own liability insurance. It’s a Win / Win system for the building departments. They avoid liability and make their job easier.

In order to understand the issue between the Barrie Building Department and local Engineers you need to understand how the system works. The final section will explain the issue, so read on.

Here in Canada the system is based upon “English” law. One of the oldest prcepts is that “your home is your castle–and you have the right to do what you will to your own castle”. This is the cornerstone of our legal system.

Engineers also quickly howled that their rights and responsibilities were being trampled upon, and, they had errors and omissions and liability insurance already. Being seen as the experts in the field, they had every right to specify and invent suitable details for any project.

They quickly developed 2 exclusions to the system. 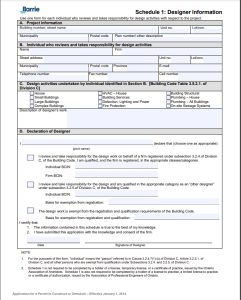 3 Options to Apply for a Building Permit in Ontario

2.   Contract a BCIN Certified Designer– They know the rules and many simple jobs like renovations they will help you plan the project. That doesn’t mean you won’t need  to contract an Engineer… it all depends on the project.

3.   Contract an Engineer to help you plan the project. For residential work a good majority will steer clear. The number of lawsuits they open themselves up to would make your head spin. When you mention the project is in Barrie– that’s another reason they may decline the project.

The Crux of the Barrie Building Department Issue

The Barrie Building department has created a number of their own rules, which, on their own is not a bad thing. They are working towards solving problems they see commonly, and, they are avoiding lawsuits.

This isn’t so much of an issue, so long as they are willing to mark these on each plan as they are applied for. As the designers absorb the nuances to their local building department, they will include these details automatically.

The issue is with Engineers and how they deal with them.

Engineers are Professionals. They have earned this due respect through years of schooling, hard work and attention to details.

When Plans Examiners without an Engineering Degree are questioning their judgement the Engineers get their backs up. Personally, I think that this reaction is entirely justified.

There isn’t enough time in life to deal with ridiculous, insulting and disrespectful conduct by a building department.

We applied for a deck permit last year– it took 9 months. They bounced things back and forth with the engineer squabbling about details for months. At the end of it, the Engineer asked us not to call him if the project is in Barrie.

Engineers are deferred to due to their expertise. When they are disrespected– they avoid getting into that situation.

Finally I understood why I couldn’t get a call returned by any Engineers in Barrie.

This is also why we have to let people know, if your project is anything but standard detailing in Barrie– there is a 2-10k premium on the project. We will not know how much until the Engineer involved does his final billing.